There’s a war raging in the NFL — a fashion war — with some of the biggest stars in the game spending BIG MONEY to customize their cleats for game day … TMZ Sports has learned.

Huge stars like DeSean Jackson, Reggie Bush, Terrell Suggs and Cameron Wake have been taking their kicks to famous shoe artists … and giving marching orders to make their cleats as swagged out and original as possible without violating the league’s strict uniform policy.

We spoke with one of the biggest names in the cleat game Marcus Rivero (aka SolesBySir) — who tells us in the last year he customized more than 300 PAIRS for stars looking to make an on-the-field fashion statement (check out some of his designs in the gallery below). 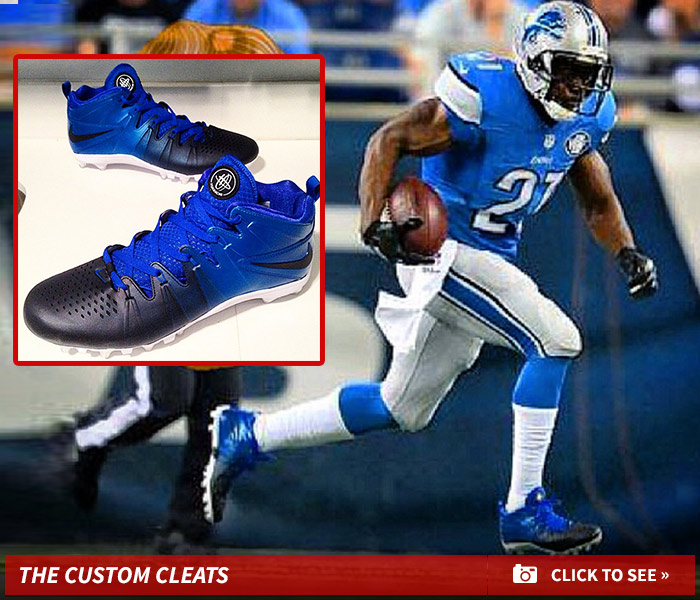 “It’s really the only way they have left to express themselves,” Rivero tells us … “They can push the envelope with the cleats in ways they can’t do with their uniform.”

The customization process — taking a plain pair of turf chewers and “re-imagining” them — takes days and  can cost between $400 to $1,000 dollars depending on the job.

But the final cost SKYROCKET if the NFL decides the design doesn’t jive with league guidelines.

“It’s $5,400 for a first time uniform violation. The athletes can appeal, but you know, there’s still a chance [they’ll get fined.” Rivero says in addition to NFL rules, certain teams have their own uniform guidelines and will punish players who violate their policies.

In fact, back in 2011 … the NFL fined Marshawn Lynch $10k for wearing Skittles-themed cleats during a game.

Still, Rivero says the risk is well worth it for some of the higher paid in the league — “Every shoe is one of one, no duplicates. Never seen before, never seen again.”

Hey, if you look good, you play good … right?